Libera Bologna celebrated in December 2016 its 10th anniversary. On this important occasion the review “Fili – Festival dell’informazione libera e dell’impegno” (Festival of free information and community commitment) was created: three days (December 1st to 3rd, 2016) of debates, meetings, presentations and events with the aim of actively involving and informing the community.

Comunicattive was asked to create a graphic identity for the festival and to bring a good local visibility to the event through the press office. “Fili” needed a visual identity that would reflect the very soul of the festival, and this is why we decided to play with the word itself and with the image of a ball of wool, made of as many strings as the souls of Libera and all of the volunteers who work in it. The strings of the yarn have the colors that have always been Libera’s colors, and on them we chose to insert the words that today more than ever represent the strong values and the steady commitment of the association. Il visual è stata utilizzato (refuso nel testo italiano)  This visual was employed to create the flyers of the festival programme and was also deployed on the social medias.

Comunicattive also took care of the organization of the press conference and followed all the events during the three days of the festival, with the aim of giving it the best visibility in Bologna’s press. 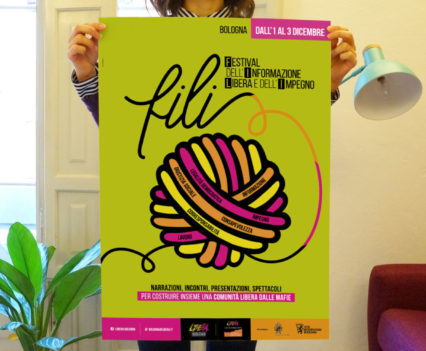 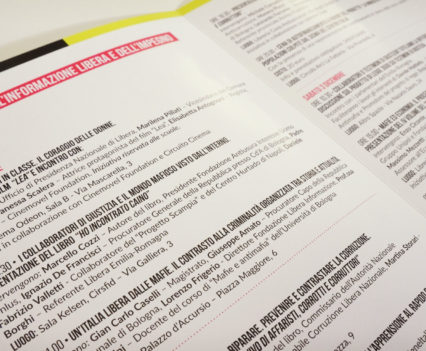 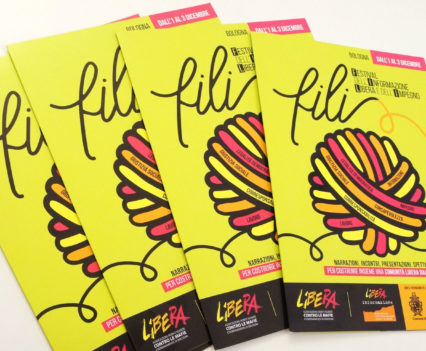 TAKE A LOOK AT THE PRESS REVIEW: